Fantasi Bar Disposable – Strawberry 7.99€
Back to products
Next product

Order by 10am and get it delivered tomorrow! Irish stock only. No additional charges!!!

Watermelon Chill – A hint of cool ice is added to sweet, juicy watermelons for a refreshing delight!

With their disposable vape pens, Jolly Ranger Glow & Vape provides a unique vaping experience. These disposable vape pods offer a one-of-a-kind product with a variety of flavours inspired by a popular American candy brand, as well as some unique blends created only for these devices.

When the device is turned on, it produces a glowing effect, which is a unique and intriguing twist on the existing vape devices on the market. Depending on your preference, the LEDs are switched on or off by puffing 5 times fast within 3 seconds on the device, and each pod has a distinct glow while you vape.

How Many Puffs are in a Jolly Ranger Disposable?
A single disposable can provide up to 600 puffs

How long do Jolly Ranger Disposables Last?
A single Disposable can provide a similar vaping time to 20 cigarettes.

Whats inside a Jolly Ranger Disposable?
The inside of disposables are similar to the traditional e-cigarettes in terms of the internals. The device contains a battery which allows the coil inside the disposable to heat up the cotton which holds the nicotine salt e-liquid. This then allows the production of the vapour.

WHY USE NICOTINE SALTS?
Nic Salt E-liquids are made to be used in Mouth To Lung vape systems, particularly in pod systems. Nicotines salts have proven to be hugely popular in the vaping scene for the huge benefits over the conventional freebase nicotine E-liquids. Nic Salts deliver a much smoother vaping experience, meaning the vape is a lot less harsh on you’re throat, but at the same time you still get that nicotine hit.

Generally, you’ll tend to be using you’re vape less as you get a strong nicotine hit from a couple of puffs. Nicotine Salts are a perfect option for those who would like to make the switch to vaping from smoking cigarettes. Nic Salts also less affect the flavour of the e-liquid in comparison to freebase nicotine liquids, providing you a much more vibrant flavour.

There are no reviews yet.

Only logged in customers who have purchased this product may leave a review.

Shipping & Delivery
We ship orders within 24 hours, except on Fridays, where orders will not be processed until Monday. At the same time, orders received after 10:00 will not be sent until the next business day. We understand that you would like to receive your order as soon as possible. That is why we make sure to deliver your order as swiftly as possible. Orders will usually be delivered within 1-2 business days. Our parcels are shipped with DPD. DPD will send you a mail with your track & trace, as well as updates on the status of your parcel(s).

DELIVERY TIME CAN BE EXTENDED FOR THE FOLLOWING REASONS: Normally we aim to dispatch your order the same day, Monday to Friday. Orders placed at a weekend or on bank holiday orders will be processed on the next working day. * While every effort will be made to get your order to you as soon as possible we cannot guarantee it will be with you the next working day. We cannot be held responsible for delays with our couriers or other factors outside of our control and therefore accept no responsibility for late deliveries. Please see our terms and conditions for more information. 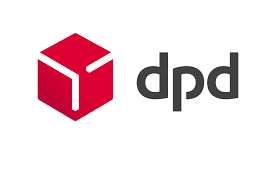 You must be 18 years of age or older to view page and make a order in our shop. Please verify your age to enter.

I am 18 or Older I am Under 18
Manage Cookie Consent
To provide the best experiences, we use technologies like cookies to store and/or access device information. Consenting to these technologies will allow us to process data such as browsing behavior or unique IDs on this site. Not consenting or withdrawing consent, may adversely affect certain features and functions.
Manage options Manage services Manage vendors Read more about these purposes
View preferences
{title} {title} {title}
Shop
My account